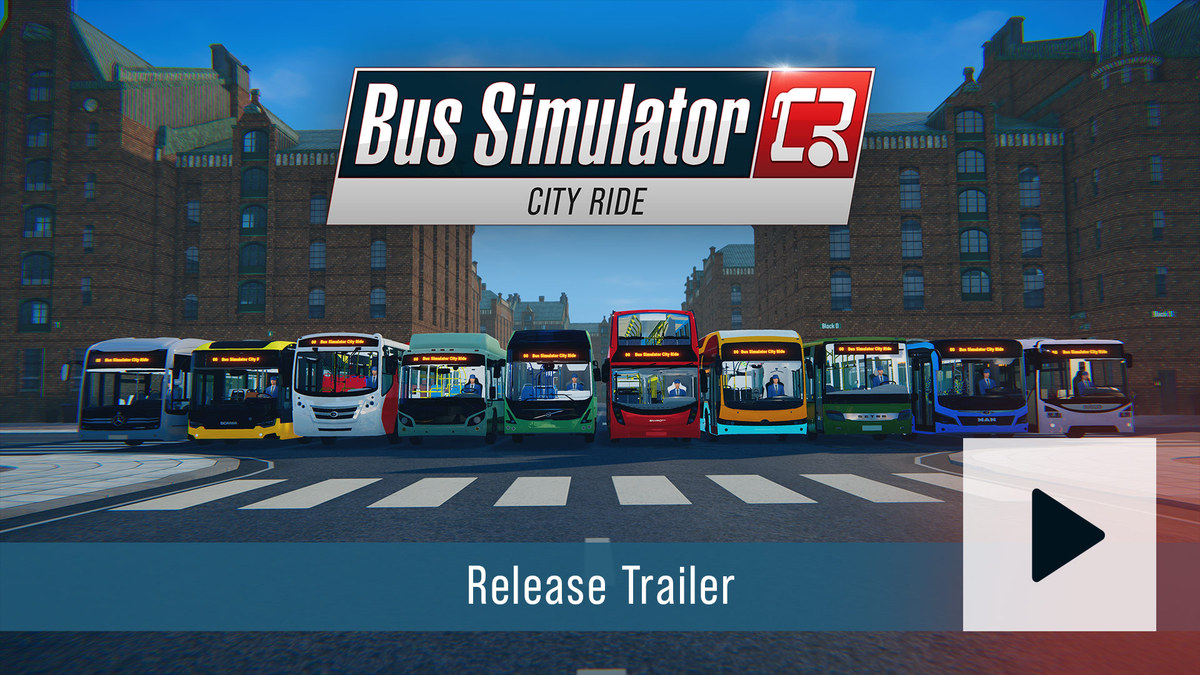 Your Bus. Your City. In Your Hands. Bus Simulator City Ride is now available for iOS, Android & Nintendo Switch!

Starting today, you can start your own bus company in the fictional city of Havensburg to build a new public transport network. Take the driver's seat and transport people in a lively city with officially licensed buses by famous brands: Alexander Dennis, Blue Bird, BYD, IVECO, MAN, Mercedes-Benz, Scania, Setra, Volvo, and Vicinity.

The city of Havensburg is inspired by cities in northern Europe and offers you a variety of eye-catching buildings and landscapes, including the harbor warehouse district, harbor, old town, and surrounding countryside.

Drive routes and complete campaign missions to unlock more buses, districts, and routes. Climb up the career ladder and build a network of public transportation services for your city.